Gaspard Ulliel was a French stage and screen actor. He was most recognized for his roles as Hannibal Lecter in Hannibal Rising (2007) and fashion billionaire Yves Saint Laurent in Saint Laurent (2014), as well as being the face of Chanel’s men’s fragrance Bleu de Chanel.

Gaspard Ulliel, a French actor, died in an Alps skiing accident at the age of 37. The accident happened on Tuesday (18 January) in the Alps’ Savoie region, and an inquiry into what transpired is presently underway.

Following the announcement of the accident, France Bleu reported that the actor was in “severe condition.”

He was transported to Grenoble Hospital, where he died.

As the snow has consolidated, the mountain police force covering the accident site has reported it has been organizing five or six rescues every day in recent weeks.

Gaspard Ulliel was 37 years old when he died. He was born on November 25, 1984, in Boulogne-Billancourt, France.

He was born to his parents, Christine and Serge Ulliel. His father was a stylist and his mother was a runway show producer.

He has a scar on his left cheek from a Doberman attack when he was six years old and attempted to ride the dog like a horse. He joked that the scar, which resembles a dimple, improves his emotional acting ability.

Gaspard Ulliel Career, what was his profession?

He began performing while still in high school, in Une Femme En Blanc, a French television film. He also appeared at the Cours Florent, where he was discovered by André Téchiné, the director of Les égarés.

During the late 1990s and early 2000s, he began participating in made-for-television films before being known as a film actor in France and starring in his first English-language picture, Hannibal Rising.

In 2004, he played in Jean-Pierre Jeunet’s A Very Long Engagement, for which he received a César Award for Most Promising Actor. In 2007, he shared the cover of French Vogue’s January issue with supermodel Doutzen Kroes.

In 2016, he appeared in two films: It’s Only the End of the World, directed by Xavier Dolan, and The Dancer, directed by Stephanie Di Giusto and based on the life of American dancer Loie Fuller.

Along with Kate Moss, Ulliel has been the face of Longchamp, a French leather and luxury goods company. Ulliel joined the cast of the upcoming Marvel Cinematic Universe superhero streaming series Moon Knight in July 2021. He was going to play Anton Mogart/Midnight Man.

Ulliel attended the University of Saint-Denis and majored in cinema.

Gaspard Ulliel’s Net worth, how much does he earn?

The net worth of Gaspard Ulliel is estimated to be around $8 million.

Gaspard Ulliel’s Wife, What about his relationship?

Gaspard Ulliel was in a relationship with Gaelle Pietri, a French model singer. They have a son together.

Is Gaspard Ulliel available on any kind of social media platform?

Gaspard Ulliel was available on Instagram. He has 80.2k followers. 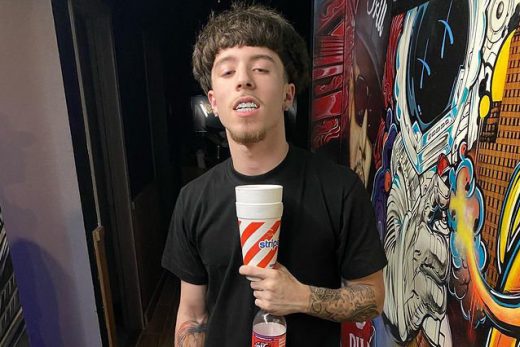