Actor/Cricketer and Founder of the Bunbury Schools Festival, David English, Passed Away Skip to content

David English was the president of RSO Records and a British actor, cricketer, writer, and charity fundraiser.

David English, the founder of the Bunbury Schools Festival, died at the age of 76.

David English is the larger-than-life “Godfather of English cricket,” whose Bunbury schools festival helped launch the careers of over 1000 first-class cricketers, including over 125 international players, who died at the age of 76 after suffering a heart attack.

English’s death was announced on the eve of the T20 World Cup final, in which several of his Bunbury players will face Pakistan in Melbourne, including captain Jos Buttler, who was a member of English’s Class of 2006, along with Ben Stokes, Jack Leach, and Joe Root – for whom their karaoke night at Nando’s in Brighton was a highlight of the trip, according to English’s interview in The Cricketer in 2021.

“In my heyday, I used to take them to Nando’s and we used to have karaoke, jumping about on tables,” ‘Dave, do you remember Nando’s in Brighton?’ Very rarely do they talk about the cricket!”

The England team will wear black armbands in the final in Melbourne as a mark of respect. In a statement on Twitter, the ECB said that it was “saddened” by the news of English’s death, adding:

“He did so much for the game, and for charity, and he played a part in the rise of many England Men’s cricketers. Our thoughts at this time are with his friends and family.”

David English was a member of the grounds crew at Lords Cricket Ground. He eventually became a member of the Marylebone Cricket Club. He began his career as a journalist at the Daily Mail before moving on to Decca Records.

He was a press officer at Decca, where he handled publicity for artists such as the Rolling Stones and Tom Jones. English rose to the position of President of RSO Records, where he signed artists such as the Bee Gees and Eric Clapton. English had a successful acting career, featuring in films such as A Bridge Too Far and Lisztomania.

He was also the creator of The Bunbury Tails. English subsequently formed the Bunbury Cricket Club, which collected £14 million for charity. He was a key figure in the development of the Bunbury Festival, a national under-15s cricket tournament.

David English was born in London in 1946 and grew up in Hendon. He holds British nationality and he belongs to the white ethnic group. 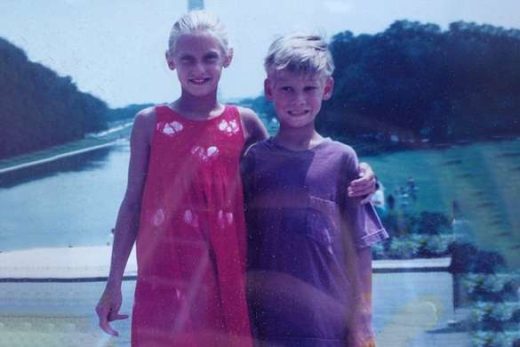 Austin Kroll: What happened to his Sister Kyle Kroll? Death Cause & Obituary

Who is Freddy Lim? Age, Family, Parents, Net Worth, Biography