Damien Sanderson is one of the suspects in a mass stabbing in Saskatchewan, Canada, that made 10 dead and 18 injured, which has become the news headlines for a few days.

The major suspect of the stabbing case in Canada was found dead Monday morning on James Smith Cree Nation in the heavily grassed area near a house, according to Royal Canadian Mounted Police Assistant Commissioner Rhonda Blackmore. It is expected that Damien’s brother, Myles Sanderson killed him.

Canada stabbings: One suspect was found dead and Another Is Missing

Police announced that Damien Sanderson’s body was discovered in the Canadian province of Saskatchewan late on Monday. He was the main suspect in the stabbing case in Canada. Sanderson has been found shot dead after going on a suspected stabbing spree.

The hunt continues for Damien’s brother Myles, who is also suspected of being behind the horrific stabbing murders that have shocked Canada were 10 dead and 15 were injured.

According to police reports, Damien’s injuries were not self-inflicted, and they also said it is possible he was targeted by his own brother. Damien’s body was found in a heavily grassed area close to the house on James Smith Cree Nation, near where ten victims of Sunday’s stabbings were found.

The Royal Canadian Police has updated its Dangerous Person Alert for Myles Sanderson, stating that “He may be injured and seek medical attention”.

It also urged the public to “take appropriate precautions” and not approach Sanderson, reporting any kind of information related to Sanderson to the police.

The two brothers went on the run after victims were slashed in both random and targeted attacks at 13 different locations across the Canadian province of Saskatchewan on Sunday.

According to Royal Canadian Mounted Police Assistant Commissioner Rhonda Blackmore, Damien’s brother Myles has a lengthy criminal record that involves both personal and property crimes and she told the public not to approach him if he is seen.

Earlier authorities said that the suspects were believed to have been traveling in a black Nissan Rogue with Saskatchewan license plate 119 MPI but noted it was unclear whether they have changed their vehicles or not. The car was seen in Regina with two people inside it.

What was the Motive Behind the deadliest Stabbings?

The killer’s motive remains unclear but police sources said the attacks may be “drug-related”.

The Royal Canadian Mounted Police has said that “Both brothers were charged on Monday with first-degree murder, attempted murder, and breaking and entering into the residence”.

Helicopters and hundreds of police were involved in one of the biggest manhunts in Canadian history, with the men thinking the suspects have gone on the run in a black Nissan Rogue SUV and the Police are still searching for another suspect.

The shocking rampage began at around 5.40 am local time on Sunday at 11.40 am in the UK which found that dead and wounded victims were found in 13 different places.

The Police added that “some of the victims appear to have been targeted by suspects – but some of them were attacked at random”.

But the chief of the Federation of Sovereign Indigenous Nations gave a statement suggesting that the stabbings could be drug-related and also alcohol.

Prime Minister Justin Trudeau reacted to the attacks as “shocking and heartbreaking” and said that he had already spoken with the leadership of James Smith Cree Nation and Saskatchewan Premier Scott Moe to pledge his government’s full support.

“The federal government will be there with and the required resources necessary right now in this time of crisis but also we will continue to work as partners in weeks, months, and years to come through grieving and healing,” Trudeau added at the Ottawa airport, before meeting with Liberal ministers.

Timeline of Key Events of Stabbing In Canada

CEO of Bisnow, Will Friend, Dies after being struck by lightning, 33

Kirtland Gill, 41, allegedly conspired with a colleague to sell hundreds of bullets

Kosoul Chanthakoummane was Executed by the state of Texas, after the murder of a Real Estate agent 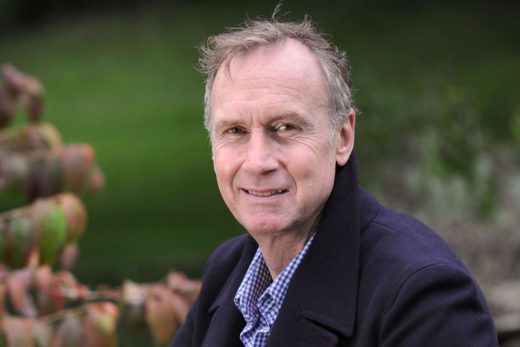