Alexis Ibarra Gomez aka Ricky Bobby is an Oregon-based young man who is arrested for several charges including robbery and shooting.

The incident reportedly took place during an evening on October 27 after the police received a 911 call about reckless driving. When the caller stopped the vehicle and tried to take off the number plate, Gomez fired shots towards the man who in turn ducked, took out his rifle, and fired shots.

“After a crazy Oregon crime spree, ‘Ricky Bobby’ was arrested.”

After a chase involving many police agencies including the Clackamas County SWAT squad, officers apprehended Alexis Ibarra Gomez in Oregon City. A stolen truck, gunfire at – and by – a motorist, a suitcase full of stolen valuables, a police chase, a change of clothes, and a vehicle-into-garage crash, according to authorities.

It began around 6 p.m., the Clackamas County Sheriff’s Office said, when the driver of a Chevy Colorado called 911 to report a black GMC pickup driving erratically. The 911 caller was trying to get a license plate number to give to dispatchers when the GMC stopped in the road, and someone in the truck pointed a gun and fired backward toward the 911 caller.

The 911 caller said he ducked down, then returned fire with a rifle. Authorities said no one was hit by either of the shooters. The 911 caller is cooperating, officials said.

Meanwhile, the GMC – which was stolen from Salem, Oregon – took off. Clackamas County deputies spotted the truck driving the wrong way on Highway 213. Efforts to stop the truck, including using spike strips, failed and the truck kept going.

The GMC drove into a detached garage at someone’s home about 18 minutes after the initial 911 call, according to officials. Gomez exited the truck, leaped over a fence, and dashed into the woods.

Deputies swiftly apprehended a woman in the GMC who was walking away. Authorities claimed she was questioned and then freed.

Gomez then broke into a home in the Beaver Lake neighborhood not long after, according to authorities. Although no one was home at the time, the homeowner notified authorities after the intruder activated the home alarm system.

The homeowner revealed what had transpired earlier as the scenario progressed.

“Apparently, one of the neighbors observed the gentleman breaking into the house, so they went in and the gentleman pretended to be unconscious,” said Bruce Riggs, a neighbor.

The Clackamas County SWAT unit surrounded the home. The Washington County Air Unit went to the area and authorities said they could see Gomez using a flashlight moving from room to room.

“We got almost like an Amber Alert where it comes through and all our phones rang at once and it was basically the county telling us there was police business going on in the neighborhood, so we turned on a scanner and started listening,” Riggs said.

Also Read: Who is Griffin Kinard? Punches a woman in Subway Age, Family, Ethnicity, Is he arrested?

Neighbors were stunned as a crash, foot chase and bizarre break-in unfolded in their typically quiet and rural neighborhood.

“It’s very different around this neighborhood because you usually don’t have this type of activity,” Riggs said.

Around 9 p.m. – three hours since the initial 911 call – Gomez came out of the house with a bicycle, saw the heavy police presence, and surrendered.

He was wearing the Ricky Bobby costume at the time, officials said. He found the costume inside the house and changed into it at some point while he was inside.

It’s unclear if he has an attorney.

Alexis Ibarra Gomez Age, Date of Birth, Birthday, Family, what about his father, mother, where is he from? Early Life.

Similarly, any information regarding Gomez’s parents and family members is also undisclosed, mainly due to privacy reasons.

Alexis Ibarra Gomez Net worth, how much did he earn?

There is no information about his net worth but we will update soon.

Alexis Ibarra Gomez Wife, His Relationship, What about Children?

He has uploaded pictures of a lady who is thought to be his girlfriend. There is no information about his personal life but we will update you soon.

There is no information about his career and what he does for a living. The Oregon police officers arrested a man wearing a Ricky Bobby outfit after he committed a wild string of crimes. Several sources have reported the identity of the arrested man to be Alexis Ibarra Gomez.

It took numerous police agencies and Clackamas County SWAT unit to successfully chase down Gomez and take him into custody. It further reports that the arrested Ricky Bobby impersonator committed several serious crimes such as robbery and gunfire.

As soon as the officers revealed the details, the incident quickly caught the headlines among people as it seemed like a chasing scene straight out of a Hollywood movie. Amid the news, here is everything available to know about the incident and the man Alexis Ibarra Gomez himself.

His schooling must have been completed in his hometown. His educational background, however, is unknown.

Alexis Ibarra Gomez has been found on Facebook under the same name. Nothing personal about him can be found on the social media platform though.

You may also like: Who is Mary Carmack-Altwies? Wikipedia, Husband, Bio, Family, Filming of Alec Baldwin’s film.”

Gomez has mentioned his residence to be in Canby, Oregon.

Interesting facts about Alexis Ibarra Gomez’s which you should know

Actor Toby Kirkup Wife, Wikipedia, Age, Died after Discharged from the hospital at 48, Net worth, Family 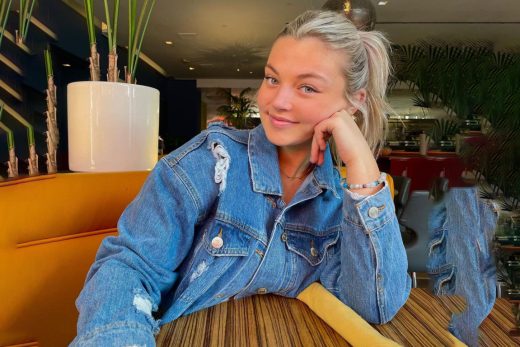