Yumi Stynes is an Australian professional TV host and radio show presenter who is recognized for the amazing work she has been doing in these years. She is a personality who is highly engaged in leading people to get more and more knowledge about female health and sexuality.

Indeed, she runs the show named Ladies, We Need to Talk about female health and sexuality. Well, her hosting, podcast, and also her books are a great deal in Sydney, and people are great fans of her work in different parts of all over the world

“Yumi Stynes of KIIS FM radio broke down in tears, revealed she has divorced her husband of over 10 years.”

Yumi Stynes, a KIIS FM radio host, broke down live on-air as she revealed her separation from her spouse of nine years.

Stynes, 46, co-hosts the 3 p.m. show. In an interview with Monty Dimond and Kate Langbroek, it was revealed that she had divorced her second spouse, Martin Bendeler, with whom she has two children.

Stynes didn’t specify the cause for their breakup, but she did imply it wasn’t mutual when she appeared to insinuate her boyfriend had changed the locks on their shared home.

“I’m going through a divorce right now, and there are kids involved, and my ex is involved,” Stynes explained.

“I’ve had to find an apartment, and so stuff like moving all my stuff, I’ve got all my crap in boxes and bags … And (I’m trying to) assess what the hell my life is. Get my own car. Change my address. Throw out the keys that don’t work anymore,” Stynes added before breaking down in tears.

“So it’s been a lot. I spent most of the weekend and Monday moving and I feel like I’m starting with my new life as a single mum. Here I am again.”

In 2012, Stynes and Bendeler married after Stynes proposed on a leap day. They have a five-year-old son and a six-year-old daughter.

The TV personality went on to say that she has more to say about her separation but isn’t “ready.”

“I have tens of thousands of words that I want to say. I enjoy being able to be open and honest, and I’ve had this pent-up in me for a few months. “Breakups don’t happen overnight,” Stynes explained.

“I’m gonna be in this process for another year, I reckon. I wanted to break the seal, as it were, and say this is part of the reason I’ve been up and down lately and I probably will be up and down in the future.”

Stynes, who didn’t often share photos of her husband on social media, paid loving tribute to Bendeler in September 2019 as part of a wider post about women needing reliable men as partners in order to “have it all”.

“I was a single parent for a couple of years. It was tough. The entire domestic and mental load was mine to deal with,” Stynes wrote at the time.

“This Melbourne Writer’s Festival I’ve been thinking how behind the creative work I do is a man who supports and enables me and he does that by stepping the f**k up and being steady and kind and allowing me to treat my work like it matters.”

Yumi Stynes Age, Date of Birth, Birthday, Family, what about her father, mother, where is she from? Early Life.

Yumi Stynes was born to David and Yoshiko Stynes on 2 June 1975. Her mother is of Japanese ancestry while her father is an Australian.

The KIIS radio host cherished her childhood growing alongside her two sisters and a brother. Possibly because of her partly Asian gene, Yumi Stynes doesn’t look her age. Though this brunette TV presenter is already in her 40’s, it is easy to mistake her for some damsel. Currently, Yumi Stynes’s age is 46.

Yumi Stynes Net worth, how much did she earn?

With reference to Stynes’s net worth, this Australian TV and Radio host not only earns from her regular paycheck but also from her books. Yumi is an author of ‘The Zero Fucks Cookbook-Best Food Least Effort ‘ and ‘Zero Fucks Endless Summer‘.

Besides writing books, Stynes regularly contributes to some of the biggest names in the industry like The Age, Sydney Morning Herald, The Herald Sun, The Daily Telegraph, Filmink, Grazia, and Marie Claire. The mother of four also has a past in the music industry. She used to be a bassist and vocalist for the Sydney band The Punisher.

Considering all her vocational endeavors, this radio and TV presenter has a hefty net worth. She has been in the media industry for nearly two decades. Over the years, Yumi Stynes’s net worth has accumulated to over millions. Stynes’s actual net worth figure is still under review.

Yumi Stynes‘s husband, Her Relationship, What about children?

She has been married to her husband Martin Bendeler since October 2012. The couple has two children together.

Stynes was previously the partner of musician Ben Ely from the band Regurgitator. They separated in 2008 after eight years. She has 4 children: two daughters, Anouk and Dee Dee with musician Ben Ely, and a daughter named Mercy and a son with her husband Martin Bendeler.

Yumi Stynes and her husband Martin Bendeler have broken up and they are officially getting a divorce. Well, what people want to know is if this decision is mutual or not. So, the answer to this question seems like a No. A mutual divorce will surely not lead her to break down in a live radio show where she would cry about it.

Also, what made it obvious is the fact that she stated that the keys to the house door which he had no longer works. Meaning, they did have a bad breakup and they split into bad terms, else she would have mentioned that they were on good terms.

Stynes is a writer and host of ABC Radio podcast on female health and sexuality, “Ladies, We Need to Talk”.

Stynes’ television career began in 2000 as a presenter for Channel V Australia. In 2007, she moved across to MAX where she presented The Know. From 2010 until 2012, Stynes hosted Network Ten’s morning show, The Circle. In 2018 Stynes hosted a documentary on SBS called “Is Australia Sexist?”

She spent her teenage years in Melbourne attending Methodist Ladies College Kew before moving to Sydney to work for Channel V Australia.

Yumi is available on Instagram with the username “@yumichild” with 39k followers.

You may also like: Who is Griffin Kinard? Punches a woman in Subway Age, Family, Ethnicity, Is he arrested?

She’s on Twitter also with the username “@Yumi Stynes she/her” with 39k followers.

Interesting facts about Yumi Stynes’s which you should know

During his birthday party, Antonio Andriani died in a well, 40 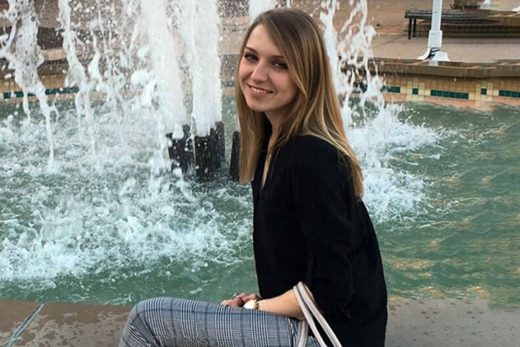