Michael Skakel is an American man who was found guilty of murdering Martha Moxley, a 15-year-old girl. Martha and Michael were both 15 at the time of the murder, which occurred in 1975.

Rushton and Anne Reynolds Skakel raised him in Greenwich, Connecticut. He had six other siblings when he was growing up.

Where is Michael Skakel Now?

The authorities had suspected but no proof to charge them as the inquiry into Martha Moxley progressed. However, Michael Skakel, Martha’s former neighbor, was charged with her murder more than two decades later. ’48 Hours: The Diary of Martha Moxley’ on CBS examines this convoluted case that has dragged on for years with no apparent resolution. So, if you’re wondering what happened to Michael or where he is today, here’s what we have on him:

After a series of challenges, Michael was given a new trial in 2013, after a court found that his trial attorney was ineffective. In May 2018, the Connecticut Supreme Court annulled his conviction, which had been upheld in 2016. Finally, the prosecution said in October 2020 that Michael will not be prosecuted again for the murder because it would be difficult to prove his guilt beyond a reasonable doubt. Michael was set released after more than a decade in prison. Michael’s present whereabouts are unclear, despite the fact that he used to live in Florida before his incarceration. He has, naturally, avoided the spotlight.

Michael Skakel was born in September 1960, the fifth of a family of seven children. He was born and raised in Belle Haven, Connecticut, but his mother died when he was about 12 years old. Michael began consuming alcohol shortly after that, which marked a turning point in his life. He was described as a troubled adolescent with a bad temper by many who knew him. Michael was not first thought to be a suspect in Martha’s death in October 1975.

Read About: Who is Kyle Rittenhouse? Bio, Age, Wife, Family, Net worth, Profession

Michael’s alibi was that he was watching television at a cousin’s house around eight miles away. When he was 15, he claimed to have returned home before midnight and fallen asleep soon after. There were no more leads in the meantime, therefore the case became cold. However, after a re-examination of the case many years later, Michael’s father, Rushton, decided to engage his own team of detectives to clear his sons’ names.

“I went home, and I remember thinking, “Oh my God, I hope to God no one saw me jerking off,” he said on video for a tell-all biography in 1997. “Oh, my God, if I tell anyone I went out that night, they’ll swear I did it,” I recall thinking.

I’m going to get away with murder

After then, the matter was taken up again, and a special grand jury was appointed in 1998 to hear evidence in the case. Michael was arrested for drunk driving in 1978, and as part of a plea bargain with the cops, he agreed to attend a boarding school in Maine for treatment. He stayed for two years there. Later, two of his former classmates testified that he acknowledged murdering Martha, stating, “I’m going to get away with murder.” “I’m a Kennedy,”

Michael had married Margot Sheridan, a professional golfer, and had a son with her by the time the matter went to trial. Margot filed for divorce in the year 2000, not long after he was arrested. After that, he was tried as an adult.

Must Read: Who is Henry Ruggs? Age, Wiki, Dies in a car accident, Biography, Height, Parents

Despite the fact that there was no physical evidence linking Michael to the murder, he was found guilty in June 2002 and sentenced to 20 years to life in prison a few months later. Robert Kennedy Jr., Michael’s cousin, had always thought, like the rest of his family, that he was innocent.

Later, Robert learned of Tony Bryant, Michael’s other classmate who had some explosive information. Tony claims that he and two pals used to hang out in Greenwich, Connecticut, and one of them was enamored with Martha. They had even intended to get a girl dressed in a “caveman” style with golf clubs. Tony refused to be a part of the plot, but when Martha was discovered dead, he suspected his pals were involved.

Michael Skakel Age, Date of Birth, Birthday, Family, what about his father, mother, where was he from? Early life.

Skakel was born on September 19, 1960, in Greenwich, Connecticut, United States. He is 60 years old and belongs to the Virgo zodiac sign. Rushton Skakel Sr is his father’s name, and Anne Skakel is his mother’s name. Michael was raised alongside his six other siblings.

Michael Skakel’s career, What was his profession?

No details of Michael’s profession are available at the moment.

His current whereabouts are all unknown. He is out of reach of the media after he was freed from prison.

Michael Skakel Net worth, how much did he earn?

No details on the profession and net worth Michael are available at the moment.

Michael Skakel’s wife, who is he married to, any children?

Michael had married Margot Sheridan, a professional golfer, and had a son with her by the time the matter went to trial.

Margot filed for divorce in the year 2000, not long after he was arrested.

Michael Skakel’s educational history is currently unknown. His high school as well as the university from which he graduated are both under scrutiny.

Is Michael Skakel available on any kind of social media platform?

The Instagram and social handle of Michael Skakel is currently unavailable.

You may also like: Mayra Isabel Age, Husband, Net worth, loses her a month-old kid, Family, Wiki, Bio

However, much news on him and his arrest are available on the Internet.

Interesting facts about Michael Skakel which you should be known about 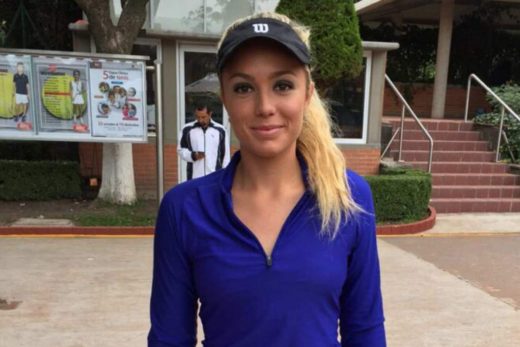