Bob aka Robert LuPone was an American Actor and creative director. He had a career in theater, film, and television. Actress Patti LuPone is his sister.

What Caused the Death of Robert aka Bob LuPone?

Brother of actress Patti LuPone and founder of the off-Broadway group MCC Theater, Bob LuPone passed away on Saturday after a three-year struggle with pancreatic cancer. Age-wise, he was 76.

The MCC Theater confirmed LuPone’s passing on Saturday in a statement provided to the Associated Press.

“The MCC Theater community mourns the loss of our much loved and uniquely inspiring partner, colleague and dear friend, Bob LuPone, who lived fearlessly and with great curiosity, good humor, a boundless passion for connection and a whole lot of heart. We will miss him deeply and always,” the theater company said in a statement.

In 1986, LuPone founded the MCC Theater under the original moniker Manhattan Class Company with his then-acting student Bernie Telsey. Together with Will Cantler, they oversaw MCC for four decades, producing Broadway-bound plays like “Wit,” “School Girls; or the African Mean Girls Play,” “Hand to God,” and “Reasons to Be Pretty.”

Bob LuPone was 76 years old. He was born on July 29, 1946. The son of Angela Louise (née Patti), a librarian at the C.W. Post Campus of Long Island University, and Orlando Joseph LuPone, a school administrator and English teacher at Walt Whitman High School in Huntington, Long Island, LuPone was born and raised in Northport, New York on Long Island.

Patti LuPone, an actress and singer, is his younger sister. Adelina Patti, a 19th-century Italian opera soprano of Spanish descent, was his great-great aunt. His mother’s side is Sicilian, whereas his father’s family originated in Abruzzo.

Robert aka Bob LuPone  Career, What was his  Profession?

A View from the Bridge, Saint Joan, Late Nite Comic, A Thousand Clowns, True West, and The Magic Show were some of LuPone’s Broadway productions. He received a Tony Award nomination for Best Featured Actor in a Musical for his work as Zach in A Chorus Line. He created the Tony Award-nominated plays Reasons to Be Pretty and Frozen while serving as artistic director of MCC Theater in New York City.

The various off-Broadway roles that LuPone played included Lennon, Black Angel, and Twelfth Night. Additionally, he performed in local theater. Up until the spring of 2011, LuPone oversaw the MFA Drama Program at The New School for Drama in New York City.

Robert aka Bob LuPone Net Worth, How much does he earn?

Robert Lupone’s estimated net worth is at least $11.1 million as of the first of March 2022.

Robert aka Bob LuPone’s wife, What was his relationship?

LuPone was married to his wife Virginia at the time of his passing. He only had a son.

Interesting facts about Robert aka Bob LuPone which  should be known

Who is Olivia Benintendi? Age, Family, Husband, Net Worth 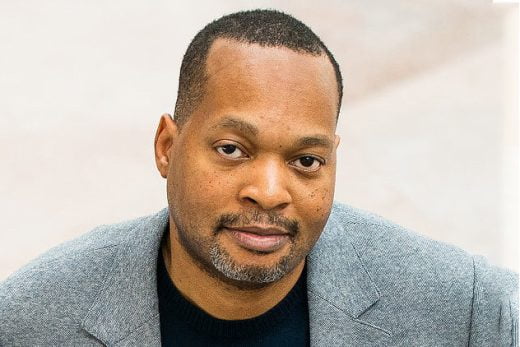 Who is Logan Mwangi?