Bhutan‘s Druk Path Trekking is a breathtaking highly elevated trek in Bhutan’s remote Himalayan highlands. The Druk Path nature path follows the old mule path that joins Thimphu and Paro and transports rations and food to the secluded area. It’s a renowned hike with a preferred route and time for experienced hikers

Who want plenty of opportunities to explore the surroundings. Hikers can encounter the Last Shangri-La on Earth at one of the most diverse and remarkable locations on the planet. Hikers can trek via Bhutan’s gorgeous region, which is encircled by dense forests and gives stunning views of towering cliffs beyond.

Book Your Trip To Bhutan

The Druk Path trek covers one of the most diverse and picturesque sections of a traditional high-level mule path that runs between Bhutan’s two significant towns of Paro and Thimphu across the Himalayas. When paired with opportunities to immerse oneself in the Thunder Dragon Kingdom’s fascinating culture and surroundings, it makes for a perfect two-week trekking trip in this one-of-a-kind Alpine country.

Bhutan Dzongkha is a land-locked country in the Eastern Himalayas renowned as the Thunder Dragon Empire or just “Bhutan.” It is bordered by China to the north and India to the south. Bhutan shares boundaries with Nepal and Bangladesh, however, they do not share a physical frontier.

In the south, the country’s lush subtropical plains give space to the north’s sub-alpine Himalayan mountains. Bhutan’s Himalayas have peaks that climb to more than 7,000 meters (23,000 feet) above sea level. The Bhutan’s highest mountain, Gangkhar Puensum, is possibly the world’s highest unclimbed peak.

Bhutan’s wildlife is well-known for its diversity, particularly the Himalayan takin. Bhutan’s capital, Thimphu, is the country’s largest city.

Our excursion will take you through deep alpine rainforests, beautiful pine trees, a wide variety of rhododendron plants, and stunning lakes. The trip is punctuated by stunning views of valleys, lakes, green Himalayan mountains, and snow-capped Himalayan ranges. Some Himalayan ranges, such as the Gangkar Phuensum and Mount Jhomolhari, might also be visible.

Because the distances between rest spots are so short, the Druk Path Trek is a very simple journey to complete. At elevations ranging from 2400 to 4200 meters, the path winds through fir, blue pine, and dwarf rhododendron woodlands.

Low-altitude walks are the best way to spend a winter in Bhutan from November to early March when the climate is milder and rains are more common than in the north. Low-altitude hikes can be done at any time of year, except during the summer, when monsoon rains can make the trails muddy and treacherous.

Autumn is indeed a wonderful time to go hiking, though it only might last from mid-October until the middle of December. Since there are few clouds in the sky and weather in the higher Himalayas is bearable, this is the most popular time for traveling in Bhutan.

The Druk Path Trek is among Bhutan’s quickest treks, therefore charges are lower than on some of the country’s more demanding and lengthier treks. Cost varies between $2500 to $4000. The higher the ticket price, the more extras are provided.

Itinerary for the Druk Path Trek

The following is a full 10-day itinerary for your Druk trail trek. Due to a variety of factors, the itinerary may change.

The flight to Paro is one of the most beautiful mountain flights in the world, with a constantly changing vista of some of the world’s highest peaks. Our Bhutan Travel Agency representative will meet you at the Paro airport. Spend the day in Paro, including a visit to the National Museum and Ta Dzong, following lunch.

Various religious relics, works of art, and handicrafts are on display at the museum, providing an excellent introduction to Bhutan’s historical and cultural heritage. After that, visit the Rimpong Dzong to see a painting of Milarepa, who is regarded in Bhutan as the master of meditation and is thought to have attained enlightenment in a single lifetime.

Dzongs are massive monasteries and administrative hubs for districts that once acted as significant forts. After that, take a stroll over to the still-operational cantilever wooden bridge.

After breakfast, take a hike to Taktsang Monastery. The path is wide, and the 1.5 to 2-hour uphill journey elevates you above the Paro valley. The Taktsang Monastery, perched 900 meters above valley level on a steep rock face, is a spectacular sight. Guru Rimpoche is said to have flown into Bhutan on the back of a tiger when he first brought Buddhist Dharma teachings to the country in the 8th century.

You can grab a bite to eat at a neighboring teahouse. Drive to the ruins of the Drukgyel Dzong, a 17th-century historical monument built by the Shabdrung to commemorate his victory over invading Tibetans in 1644. The sacred Mount Jomolhari (7314m) provides a wonderful backdrop when the weather is clear.

Because this is a short trekking day, eat first thing in the morning. The excursion starts with a climb up to Jele Dzong. The trek gradually ascends to the camp, where you can see the Paro valley, which is encircle by snow-capp mountains if the weather permits. Above the camp lie Jele La (3400 m) and Jele Dzong. There’s also a Lhakhang featuring a statue of Buddha Shakyamuni.

After breakfast, begin your day with a one-and-a-half-hour climb, followed by a more gradual ascent. We’ll be passing through dense rhododendron alpine woodlands on our way there. The tops of Mt. Chomolhari and other snowcapped peaks will be visible. If the weather is fine, you could hear some pheasants calling during the day.

Eat breakfast and get ready to travel to Jimilangtsho in the morning. When the weather is clear, the path follows the crest, providing wonderful views of the mountains and valley. The peak Jichu Drake (6989m), which represents Paro’s protector god, will be seen. Jimilangtsho Lake is close to your camp.

After breakfast in the morning, begin your journey to Simkota. The trail takes us past Janeetsho Lake and through dwarf rhododendron trees. Today, we might come across a few yak herder camps and get a flavor of how these people live. You spend the night in the vicinity of Simkota Lake. You might be able to catch a lake trout for dinner if you’re lucky.

If the weather permits, your day will begin with a steady climb up your trek, with breathtaking views of Mt. Gangkar Puensum, Bhutan’s highest mountain. A number of other peaks may be seen from Phume La. (4080m). The trail gently descends through juniper woods to a campground.

First, eat breakfast, and then go out on your excursion. The road to Thimphu is completely downhill, passing through a densely forested area dominated by blue pine. You’ll arrive in Thimphu in roughly 3 hours if you travel at a moderate speed.

After some rest, you’ll go via the Dochu-La Pass (3100 m), which, on a clear day, offers a spectacular vista of Himalayan peaks, before dropping into the chilly Punakha Valley. The journey across the countryside offers a glimpse into ordinary life in this far-flung Himalayan country. In the Dochu-La region, massive Rhododendron forests blossom in late April/early May, enveloping the mountains in a riot of vivid spring color. Bhutan’s ancient capital was Punakha.

When you arrive, go to Punakha Dzong, which was built in 1637 by the Shabdrung, the “Unifier of Bhutan,” as predicted by the great Guru Rimpoche (Padmasambhava). It serves as the winter headquarters for the Je Khenpo and hundreds of monks who migrate from Thimphu to this milder location.

The three-story main temple of the Punakha Dzong is a beautiful example of traditional architecture, with four exquisitely embossed cypress doorway pillars embellished in gold and silver. After that, you’ll walk to Chimi Lhakhang, the temple of Drukpa Kuenly, also known as the Divine Madman.

After breakfast, continue your tour of Thimphu with a visit to the National Memorial Chorten, which features murals and statues depicting Buddhist teachings. This temple was built by the Third King as a shield against the negative impacts of modernization. It was complet by the Royal Queen Mother as a memorial stupa for the Third King, who died in 1972.

The Changangkha Temple, built in the 12th century, the Drubthob monastery, which houses the Zilukha nunnery, and the School for Arts and Crafts, which teaches kids how to master the 13 types of Bhutanese art, are among the other attractions.

The National Library has a collection of Bhutanese scriptures dating back to the eighth century, and the Folk Heritage Museum is a magnificent replica of a medieval household. You can also see the Takin, Bhutan’s national animal, and Tashichhodzong’s nursing pen if you have time. Early in the evening, depart for Paro.

Early in the morning, breakfast will be serving in the hotel, and our office representative will bring you to the airport for your flight to your next destination.

Final say about the trek

Bhutan, which is tuck in the Himalayas, has a number of beautiful trails to offer trekkers. The Druk Path, which follows the historic high-level road between Paro and Thimpu, is a short hike that skirts around numerous hidden lakes and provides amazing views of the Eastern Himalayas.

Before starting the Druk Path Trek, you stretch your legs by trekking up to Bhutan’s most famous cultural site, the towering Taktsang Monastery, also known as the Tiger’s Nest.

The stunning gold, crimson, and white temple reflect the peculiar culture, poised improbably on the edge of a sheer cliff-face and decorated with vibrantly colored prayer flags.

Bhutan’s Druk Path Trek, which starts in Paro and ends in Thimphu, is the most popular of all Bhutan treks. Despite the fact that the trip ascends to elevations of almost 4,000 meters, the distances between the campgrounds are minimal.

This excursion will take you through deep alpine rainforests, beautiful pine trees, a diverse rhododendron plant community, and stunning lakes. The trip is punctuates by stunning views of valleys, lakes, green Himalayan mountains, and snow-capped Himalayan ranges. Some Himalayan ranges, such as the Gangkar Phuensum and Mount Jhomolhari, will also be visible.

Aside from the lakes, the Phadjoding monastery and the view from there are two of the highlights of this journey. Lonely Planet describes the Druk Path Trek as “one of Bhutan’s most gorgeous and popular walks, traveling a woodland track via multiple isolated lakes.” 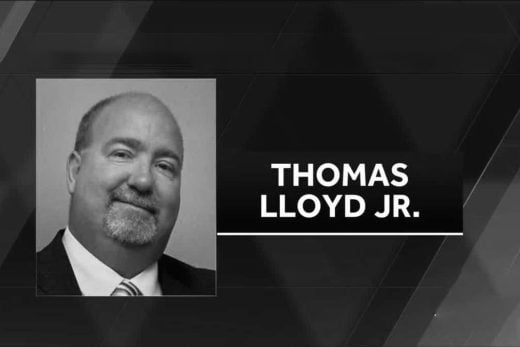