Andrew James Constance is an Australian politician, is the New South Wales Minister for Transport and Roads in the second Berejiklian ministry since April 2019. He is a member of the New South Wales Legislative Assembly representing the Bega for the Liberal Party since 2003.

New South Wales MP Andrew Constance has confirmed he will quit state politics to run at the next federal election.

The Transport and Roads Minister said it was heartbreaking to see what happened to Gladys Berejiklian — “one of the most incredible Premiers the state has ever had”— but with her resignation comes change.

“I’m part of that change, and I want to indicate after months of speculation I will be putting my name forward for local Liberal preselection for the seat of Gilmore with an eye to moving to federal parliament,” Mr. Constance said.

“I know how tough this period is for Glad but I just want to say ‘thank you, and I know a lot of people around the state are sad with what’s transpired. “With Glad going it’s a bit of an end of an era. We walked into Parliament together. I’m very proud to be walking out of the Parliament with Gladys together.”

He also confirmed he would not contest the NSW Liberal leadership and would tender his resignation this week. However, Mr. Constance said he would remain the Member for the Bega, the seat he has held for 17 years, until the end of the parliamentary session, because the peak of the pandemic “wasn’t the time for by-elections”.

Rumors were swirling for some time that Mr. Constance would be running for a seat in the next federal election, and he was tipped to contest the traditionally Liberal seat on NSW’s south coast. Gilmore was held by the Liberals for more than 20 years until the last election when Labor’s Fiona Phillips won it in a contest against Warren Mundine.

Mr. Constance’s announcement comes just two days after premier Gladys Berejiklian’s sudden resignation. Ms. Berejiklian announced she was stepping down as premier, and leaving parliament, an hour after the Independent Commission Against Corruption (ICAC) announced she was the subject of an investigation.

He became an empathetic figure, discussing mental health issues, and even slammed Prime Minister Scott Morrison after an awkward visit to one of the local communities.

Mr. Constance said Mr. Morrison got “the welcome he probably deserved” when he was heckled by angry residents in the bushfire-ravaged town of Cobargo.

Today he said he had a good working relationship with the Prime Minister but would continue to be true to himself. “I intend on being a fiercely independent person, being real and being honest,”  Mr. Constance said.

“And I’ll call it how I see it, so there’s nothing wrong with a fierce independence in Parliament.” Mr. Constance entered cabinet when the Coalition took office in NSW in 2011 and held the role of treasurer for a year before becoming Transport Minister.

In this role, he oversaw the completion of the controversial CBD light rail project, as well as the opening of the first stages of WestConnex and Metro NorthWest. “It’s been an incredible joy seeing some of the biggest projects in the world being built,” he said. “I leave the state in a much better place and I’m proud of that.”

Andrew Constance Age, Date of Birth, Birthday, Family, What about his father, mother, Where is he from? Early Life

Constance is an Australian citizen as he was born and reared there. Andrew appears to be of white ethnicity based on his appearance. His birthdate is 31 October 1973.

As a matter of fact, he has never mentioned anything about his parents and family on his social media platform as well. It might be due to privacy concerns since he has perfectly managed to keep details of his parents, family, and relative out of the public’s eyes.

Andrew Constance Net worth, How much did he earn?

Andrew Constance Wife, His Relationship, What about Children?

Andrew Constance is married to his wife, Jennifer Clarke. Interestingly, Andrew approached Jennifer for a coffee date after they met at an event.

They began dating in the year 2014 and became engaged after only six months of being together. Andrew proposed to Jennifer, his girlfriend turned wife, with a rose gold ring that she adored. Moreover, both of them had previously been married. They have three children, ranging in age from 5 to 10.

At the time Constance was elected in 2003, he was aged 29 years, and he became the youngest member of the Parliament. Constance previously worked as a corporate affairs consultant representing large industry associations and multinationals in the Asia-Pacific region.  A former President of the Young Liberals, his family connections in the Bega area stem back to the 1860s when his great-great-grandfather, James Constance, drove a team of bullocks through the Bega Valley.

Constance was appointed Minister for Ageing and Disability Services in 2011 and championed the person-centered reforms which were necessary steps towards the National Disability Insurance Scheme (NDIS). Under Constance’s stewardship, NSW became the first Australian state or territory to agree to the full funding of the scheme with the Commonwealth.

Constance was promoted to Minister for Finance and Services in 2013 after the sacking of Greg Pearce, with the portfolio of Ageing and Disability Services transferred to John Ajaka.

Due to the resignation of Barry O’Farrell as Premier, and the subsequent ministerial reshuffle by Mike Baird, the former Treasurer, and new Liberal Leader, in April 2014 Constance was appointed as Treasurer; and his responsibilities expanded to include Industrial Relations less than one month later. Constance handed down his first Budget on 17 June 2014.

Following the 2015 state election, Constance was appointed Minister for Transport and Infrastructure. During Constance’s tenure as minister, NSW was the first Australian state to legalise ridesharing companies including Uber. He is also responsible for the delivery of Australia’s largest public transport project, the Sydney Metro. Following the 2019 state election, Constance was sworn in as the Minister for Transport and Roads in the second Berejiklian ministry, with effect from 2 April 2019.

On 10 March 2020, Constance announced his resignation from politics and will not contest the next state election, citing that recovery from the bushfires will take priority before announcing an effective date.

On 5 May 2020, he announced that he would resign from the NSW Cabinet and seek Liberal Party preselection for the 2020 Eden-Monaro by-election. However, within 24 hours, Constance announced his decision that he would not run as a candidate in the by-election calling it a “hasty decision”.On 8 May, Constance was removed from his role as Leader of the House of the New South Wales Legislative Assembly “as punishment for his spectacular change of heart over quitting state politics”.

You may also like: Who is Brakinface? Age Family, Found Dead in His Residence, Cause of Death, Wife, Net worth, Wikipedia, Bio

On 3 October 2021, he announced his intention to quit his state seat to seek the Liberal Party preselection for the federal seat of Gilmore at the next federal election.

Andrew attended Canberra Grammar School from 1979 to 1991 and was in Burgmann House. He might be a talented student which is reflecting on his career too.

Andrew had 3k followers on the photo-sharing app Instagram with the username “@begamp”. At the same time, he was following over 206 people.

Interesting facts about Andrew Constance’s which you should know 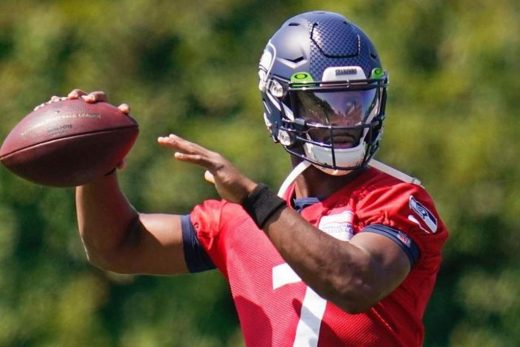 Who is Carol Flynn? George Perez’s Wife, Their relationship and Children, Family, Age 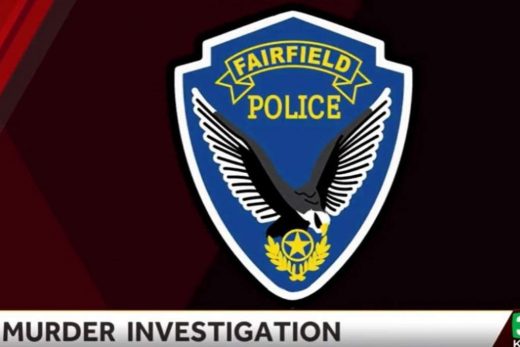