A winger and offensive midfielder for Feyenoord of the Eredivisie and the Iranian national team, Alireza Jahanbakhsh Jirandeh is a professional footballer from Iran.

Alireza Jahanbakhsh on Iran’s World Cup journey and his unpleasant time at Brighton: “It’s been crazy.”

Mason Mount will experience a chill as Alireza Jahanbakhsh lines up for Iran against his England team in both countries’ World Cup opening matches at the Khalifa International Stadium.

Iranian winger Alireza Jahanbakhsh claims that his team wants to qualify for the knockout round of the 2022 FIFA World Cup for the first time ever.

On Monday, Team Melli’s illustrious campaign will get underway against England. On November 25 and 29, Iran will also compete against Wales and the US in Group B.

“England could have three different national teams at the same time – a lot of quality players. They are one of the favorites to win the World Cup, so that says enough about England.

“It’s especially nice for me to play against England because I’ve played against most of these players.”

Jahanbakhsh revealed this to The Athletic while getting ready for a game with Feyenoord in a hotel room in the Netherlands. He joined Feyenoord in the summer after three largely unsuccessful seasons with Brighton.

Jahanbakhsh, Iran’s captain during the qualification

“Usually, in my experience, that’s kept in the team. He’s making decisions, and everyone follows. That’s it. Things that happened were unprofessional. I can’t mention names, but there were people from outside who wanted to really affect the national team in terms of decisions and stuff.

“Unfortunately, there were players who followed that up, which was quite sad. We, as some of the more experienced players, tried to calm it down. We said, ‘OK, we’ll stay right in the middle, it’s not our decision. I try to speak to most of the guys. Now is not the time to be messing up things. That just affects us in a negative way.

“Carlos Queiroz knows the players really well, the players know him really well. I’ve learned a lot from him as a person and as a football player,” he added.

“He was probably the only one that could come in and do the job straight away. He can help us a lot. It’s been crazy: making it to the World Cup, new president, new coach, new ideas…”

Jahanbakhsh’s motivation for his third World Cup is evident. Since their debut in Argentina in 1978, Iran has made five prior tries but has never advanced past the group stage.

“That’s something everybody talks about,” stated Jahanbakhsh. “I’d be lying if I said the aim wasn’t to make it to the next round. That’s 100 percent one of the biggest goals we have as players, the team, the coaching staff, and the nation. We’re going to work hard for it.”

Alireza Jahanbakhsh is 29 years old as of 2022. On August 11, 1993, Jahanbakhsh was born in Jirandeh, a small town in Rudbar County, Gilan Province.

He was raised by Tat parents in Qazvin.

Alireza Jahanbakhsh’s Career, What is his profession?

Jahanbakhsh participated in two games for the team that competed in the 2010 AFC U-19 Championship in China. When the 2010 championships began, he was only 16 years old.

He kept competing in the same age division, serving as captain of the national under-20 squad as they successfully qualified for the 2012 AFC U-19 Championship by tallying five goals in four games. He increased his total by two more against South Korea and the United Arab Emirates at the championships.

Carlos Queiroz, Team Melli’s manager, selected Jahanbakhsh for a 2015 Asian Cup qualification against Thailand on October 5, 2013, and in the 82nd minute, he made his debut.

On November 15, he scored his first goal for the national team in his second game, a 3-0 victory over Thailand. Carlos Queiroz called him into Iran’s World Cup squad on June 1, 2014.

He was included in Iran’s team for the 2018 FIFA World Cup in Russia in May of that year. The three group games against Portugal, Spain, and Morocco were all played by him.

Jahanbakhsh was chosen in December 2018 for the 23-man Iranian team competing in the 2019 AFC Asian Cup. In the final game of the group stage against Iraq on January 16, 2019, he made his professional debut, drawing 0-0. In the latter game, in which Canada defeated Oman 2-0, he scored his first goal in the competition.

How much is Alireza Jahanbakhsh’s net worth?

Carlos Queiroz has an estimated net worth ranging from $ 1 million- $3 million, which he collected from being a footballer.

Alireza Jahanbakhsh is married to his stunningly pretty wife Sahebeh Jahanbakhsk. The couple together has a son.

Is he active on social media?

Alireza is verified on Instagram as @alirezajb_official with 1.8 million followers. He is as well active on Twitter as @alirezajb7.

When was Alireza Jahanbakhsh born?

On August 11, 1993, Jahanbakhsh was born in Jirandeh, a small town in Rudbar County, Gilan Province.

How old is Alireza Jahanbakhsh?

How much is Alireza Jahanbakhsh’s net worth?

Alireza Jahanbakhsh has an estimated net worth ranging from $ 1 million- $3 million, which he collected from being a footballer.

Is Alireza Jahanbakhsh available on any social media platforms?

Alireza is verified on Instagram as @alirezajb_official with 1.8 million followers. He is as well active on Twitter as @alirezajb7.

Who is Alireza Jahanbakhsh’s wife?

Alireza Jahanbakhsh is married to his stunningly pretty wife Sahebeh Jahanbakhsk. The couple together has a son.

Who are Marion Barber Family? Everything on his Wife, Brother, Father, Mother, Kids

WHo was Ali Tazeem? Boxer dies in a car accident, Aged 18, Family, Partner, Brother, Net worth

Who is Tom McClintock? Age, Wife, Family, Wiki, Net Worth 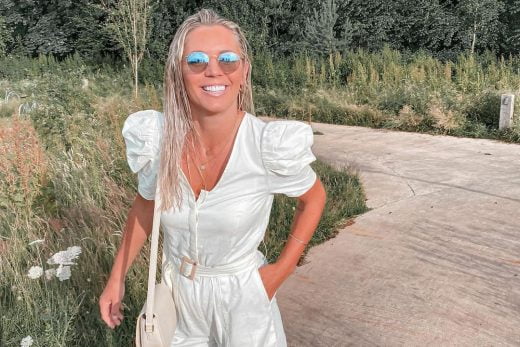 Who is Danni Menzies? Age, Height, Net worth, Wiki, Family, Father, Everyting about her Partner and Baby, A place in the sun