Pablo Milanés, a Grammy-winning musician and influential figure in Cuba’s “nuevo trova” (new music) movement, passed away at the age of 79.

His emotive singing and beautiful words on singles like Yolanda, Yo Me Quedo (I’m Staying), and Amo Esta Isla earned him the nickname Pablito (I Love This Island).

His passing was announced on his official Facebook page, “with great pain and sadness.”

Milanés postponed a number of concerts earlier this month in order to receive treatment for blood cancer in Spain.

“The culture in Cuba is in mourning for the death of Pablo Milanes,” Prime Minister Manuel Marrero Cruz tweeted on Monday night.

In 1943, Pablo Milanés Arias, the youngest of five children born to working-class parents, was born in the city of Bayamo in eastern Cuba.

His musical abilities were obvious even as a young child. Milanés began participating in and frequently winning singing competitions on local TV and radio stations when he was six years old. He later attended the Conservatorio Municipal in Havana

Despite receiving formal training, he frequently cited the local bohemian musicians as an influence on his early career.

The government of Fidel Castro initially targeted Milanés despite the fact that he supported the Cuban revolution of 1959 and cracked down on “alternative” culture.

The musician was allegedly harassed for sporting an afro, and in 1965 he was sent to a forced labor camp for farmers because he liked foreign music.

He eventually managed to flee and condemned the camps. His passion for the revolution was unaffected by the experiences, and he started fusing politics into his music.

He co-founded the nuevo trova movement, which was intended to modernize traditional Cuban folk music for the modern, post-revolutionary society, working with performers like Silvio Rodriguez and Noel Nicola, and was supported by Castro’s government.

The New York Times described close collaborators Rodriguez and Milanés as “as much a symbol of Cuba and its revolution as Fidel Castro and his beard” in 1987.

At a 1984 reception honoring the artists, Fidel Castro was quoted as saying, “The success of Silvio and Pablo is the success of the Revolution.”

The iconic Latin American love song Yolanda was written by Milanés in 1970 as a homage to his then-girlfriend Yolanda Benet, who had recently given birth to Lynn.

The song, an everlasting favorite, the musician claimed, outshone even his own celebrity.

“Yolanda has been overwhelming for my career. She has been stronger than me, more unpredictable than me, and more persistent than I would have desired.

“﻿Therefore, I believe the creation itself surpasses the artist’s intentions.”

Yo No Te Pido, Los Aos Mozos, and Cuba Va are some of his other well-known songs. He has won numerous Latin Grammys, including a lifetime achievement award in 2015.

Milanés was unpopular because of his unwavering loyalty to Castro, especially among exiled Cubans, but as he aged, he grew more skeptical of the Cuban revolution.

He supported a dissident on a hunger strike in 2010 who was calling for the release of political prisoners.

Additionally, Milanés endorsed a document called the Manifesto of Cuban Civil Society in 2021 in response to the island’s widespread protests, which demanded immediate social and economic reforms.

Since 2004, he and his Spanish wife and two sons have resided in Vigo, Spain. He had a kidney transplant in 2014, thanks to his wife’s organ donation.

Pablo Milanés was 79 years old. He was born on February 24, 1943, in Cuba. In 1950, Pablo Milanés, better known by his stage name Pablito, moved to Havana with his family from Bayamo.

He pursued his studies at the Conservatorio Municipal de La Habana, which at the time was the most esteemed musical institution in the nation. 1956 saw the release of his debut performance. He began participating in “bohemian” musical scenes in Havana by the age of 15 and became friends with the so-called “filin” musicians. 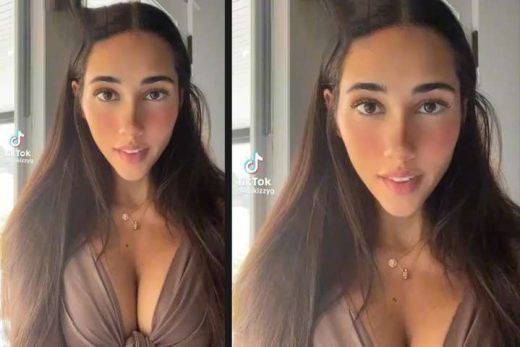