Following a $27 billion loss, Colin Huang company’s stocks plummeted, and his fortune plummeted by billions, he became the talk of the town.

Colin became the guy who lost the majority of his money this year when his company’s stock market value plummeted.

The creator of the e-commerce platform Pinduoduo Inc is one of the six Chinese billionaires whose fortunes dropped the most in 2021 among the index’s 500 members.

Colin Huang, the founder of Pinduoduo Inc, a Chinese e-commerce company, has lost more money this year than anybody else on the planet.

Huang’s fortune has plummeted by more than $27 billion, according to the Bloomberg Billionaires Index, as the company’s stock has fallen as China cracks down on internet behemoths. That is the largest drop among the index’s 500 members, well exceeding the approximately $16 billion lost by China Evergrande Group Chairman Hui Ka Yan, whose real estate company is buried in debt.

As President Xi Jinping calls for “shared prosperity” and reins in the country’s private-sector firms, it’s the clearest evidence of how the tide has flipped for China’s billionaire class. Pinduoduo’s (PDD) stock has dropped more this year than Alibaba Group Holding Ltd or Tencent Holdings Ltd.

According to Kenny Ng, a securities strategist at Everbright Sun Hung Kai Co in Hong Kong, PDD is “more exposed to the crackdown compared to those peers with established and successful businesses” like Alibaba and Tencent. “This is the primary reason for the company’s stock performance trailing behind that of other IT firms.”

PDD’s spokesperson did not reply to inquiries for comment.

PDD was created in 2015 by Huang, who owns 28 percent of the firm, and he swiftly turned it into an e-commerce behemoth by pioneering community buying. PDD’s yearly active users increased to 788 million in December, surpassing Alibaba’s online marketplaces’ 779 million users.

The company’s market capitalization peaked at $178 billion before dropping to around $125 billion. Last month, it announced its first quarterly net profit as a public business.

Huang, who is now worth $35 billion, stood down as chairman in March after leaving his position as CEO last year.

PDD is one of the tech behemoths that has pledged to invest present and future business earnings in philanthropic initiatives as part of President Xi’s effort to narrow China’s wealth gap. It said last month that it will set aside $1.5 billion in revenues to boost the country’s agricultural growth. Last year, Huang and the rest of PDD’s founding team donated $2.4 billion in the company’s stock to a charity trust.

According to the Bloomberg ranking, six of the ten billionaires with the largest net worth losses this year are from China. Zhong Shanshan, the head of bottled water business Nongfu Spring Co, has lost $18 billion, as has Hui, the beleaguered developer Evergrande, and Tencent’s Pony Ma, who has lost more than $10 billion.

Colin Huang Age, Date of Birth, Birthday, Family, what about his father, mother, where is he from? Early Life

Every year on January 1st, he celebrates his birthday. He was born to a working-class family in Zhejiang, Hangzhou, on January 1, 1980.

Huang had his early schooling in his hometown and, at the age of 18, joined Zhejiang University’s Chu Kochen Honors College to study computer science.

He was intelligent and was chosen as a fellow at the Melton Foundation, which was created by Bill Melton. In 2004, the computer science graduate traveled to the United States to pursue a master’s degree in the same field at the University of Wisconsin.

Colin Huang was born in a factory on the outskirts of Hangzhou to middle-class parents.

Because of his family’s financial situation, the millionaire attended a regular school, but he demonstrated his brilliance by winning a prize in a Math Olympiad.

Huang’s teacher was so taken aback by his intelligence that she advised him to take an admission test for the extremely prestigious Hangzhou Foreign Language School. He passed the exam at first, but he didn’t want to go to the school since he wanted to go to one that concentrated more on math, physics, and chemistry.

The Olympiad enrolled in the school and became acquainted with western culture and influence. The liberal approach at HFLS was well-known, and the students who attended were more liberal than those at other institutions.

Colin Huang Net worth, How much did he earn?

Huang’s net worth soared to $ 280 million in 2017, just two years after he founded Pinduo duo, an eCommerce firm.

When his firm went public in 2018, the billionaire became China’s 13th richest person, with his 47 percent share worth much to $14 billion.

Huang, whose net worth is believed to be $35 billion, has stepped down as chairman of the business and handed his voting rights to the board of directors.

According to the Bloomberg index, his company’s market worth peaked at $178 billion before plummeting to around $125 billion.

The Chinese billionaire is one of the business leaders who invests their profits in philanthropic programs to bridge China’s wealth gap. His firm said that $1.5 billion of its profits will be used to assist boost agriculture in their home nation.

Colin Huang Wife, His Relationship, What about Children?

Colin Huang has kept his wife’s identity a secret.

Read also: Who Is Sally Rechelle Lewis? Is she Arrested? For Assault at Carmines, Age, Family, Wiki, Bio, Kids, Husband

He is notorious for his secrecy and has never revealed whether or not he has a wife. The Chinese media has labeled the business owner as a mystery figure who has yet to reveal anything about his amorous past.

Huang joined Google as an intern and subsequently started working as an engineer in 2004. He also worked as an intern at Microsoft.

Colin Huang has decreased his PDD share to 29.4 percent from 43.3 percent as of July 2, 2020, according to a June 30 filing, as he contributed 2.37 percent to the charity foundation and 7.74 percent to the Pinduoduo Partnership. Huang gave 2.37 percent of his wealth to an irreversible charity that promotes social responsibility and scientific research. Huang stepped down as CEO on July 1, 2020, but remained Chairman.

After giving billions for social responsibility initiatives and scientific research, Huang was designated the leading donor on the Hurun Philanthropy List 2021.

Huang stood down as chairman on March 17, 2021, and handed the voting rights of his shares to the Board.

He will seek “new, long-term prospects,” according to the business.

Must Read: Who is Spottem Gottem aka Spot Em Got Em? Drive-By Shooting, in Hospital, Age, Family, Wiki, Bio

He was chosen as a fellow at the Melton Foundation, founded by VeriFone creator Bill Melton, in his first year. Huang graduated from the University of Wisconsin with a master’s degree in computer science in 2004.

Colin Huang seems to be maintaining privacy on social media as well. Because of this, we were unable to find information about how active he is in social media. Currently, he is not available on any of the social media platforms.

Who is Colin Huang?

Colin Huang, the founder of Pinduoduo Inc, a Chinese e-commerce company, has lost more money this year than anybody else on the planet.

How old is Colin Huang?

Colin Huang is 41 years old right now. Every year on January 1st, he celebrates his birthday. He was born to a working-class family in Zhejiang, Hangzhou, on January 1, 1980.

Colin Huang has kept his wife’s identity a secret. He is notorious for his secrecy and has never revealed whether or not he has a wife.

Does Colin Huang use social media?

Colin Huang seems to be maintaining privacy on social media as well. Because of this, we were unable to find information about how active he is in social media. Currently, he is not available on any of the social media platforms.

Interesting facts about Colin Huang ’s which you should know 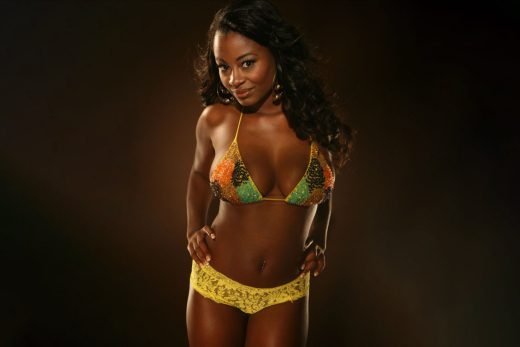 Who was Tania Marissa and what was her cause of death?

Who is Thomas Guest? Partner, Age, Family, Net worth, Jamie Lee son comes out as a transgender, Bio, Wiki, Height

Sheriff’s deputy, Andrew Peery, killed in the line of duty during a Crossfire