Who was Dallas Frazier? Died at 82, Cause of Death, Wife, Family, Age, Net worth Skip to content

Dallas Frazier was an American Country Music Singer and songwriter. He is regarded as one of the influential and more-than-life figures in country music.

His most sustained success was in country music, but he was also a multi-talented artist. Elvira, tell it like it is, singing my songs and leaving me are his hit albums of songs. He was a retired singer.

In 1988, Frazier quit the music industry to pursue a career as a clergyman. Frazier died in a Gallatin, Tennessee, care facility on January 14, 2022, from complications related to two strokes he had in late 2021.

Dallas Frazier was born on October 27, 1939, in Spiro, Oklahoma, USA. He was a songwriter and vocalist by his profession. He was actively involved in songwriting and country music from 1954 to 1988. However, the songwriter was raised in Bakersfield. California where he became aware of country music and was interested in it.

He was the son of William Frazier and Eva Marie Laughlin Frazier. They were laborers as they moved to California to work in the cotton fields. Dallas Frazier had his first job as a cotton picker. He has a sister named Judy Shults.

The 82 years old songwriter was a married man when he died. He was married to Sharon Carpani Frazier who is 63 years old. They both are blessed with two Daughters Robin pretty and Alison Thompson and both of them are married as a result Dallas Frazier was the grandfather of Fourgrandchilderen.

However, Dallas does not have an easy childhood as he with his younger sister as his family lived in boxcars and tents as temporary shelters. During the Dust Bowl, they faced difficult labor conditions and scorn from native Westerners as they moved from a nomadic agricultural community in Oklahoma to California’s cotton fields. Frazier grew up listening to country music with his father, who would play Hank Williams and Lefty Frizzell on the jukebox at the local cafe.

In the mid-1950s, Dallas Frazier won a talent contest in Bakersfield, CA, which led to a contract as a featured singer on Cliffie Stone’s “Hometown Jamboree” television show in Los Angeles.

The first recording contract he signed with Capitol Records was for “Ain’t You Had No Bringin’ Up At All”, which was recorded for Capitol in 1954. He had his first major hit as a songwriter with “Alley Oop,” which reached #1 on the charts and sold over a million copies.

As soon as he arrived in Nashville on September 5, 1963, he started working with Ferlin Husky. In 1964, he signed on as a writer with Blue Crest Music. On 1970, he made his RCA debut as an artist. In 1974, he signed with Acuff-Rose as a writer. He was inducted into the Nashville Songwriters Hall of Fame in 1976.

Frazier left the music industry in 1988 to become a minister. On January 14, 2022, Frazier died in a Gallatin, Tennessee, care facility from complications related to two strokes he suffered in late 2021.

Which school and college did Dallas Frazier go to? What was his major?

He attended a Grand School called East Bakersfield and moved on to McFarland High School from 1954 to 1957.

Then he went to Emmanuel Bible College from 1985 to 1988 and graduated with a BA in Christian education. From 1988 to 1989 he earned a Master of Theology degree from Emmanuel Bobal College.

Dallas Frazier Net worth, How much does he earn?

Dallas Frazier has a net worth of $15 million.

Who was Dallas Frazier Wife?

He was married to Sharon Carpani Frazier who is 63 years old.

Does Dallas Frazier have a social media presence?

We do not know anything about his social media appearances at this moment.

We will update this as soon as we know more about her.

Interesting facts about Dallas Frazier’s should be known’s 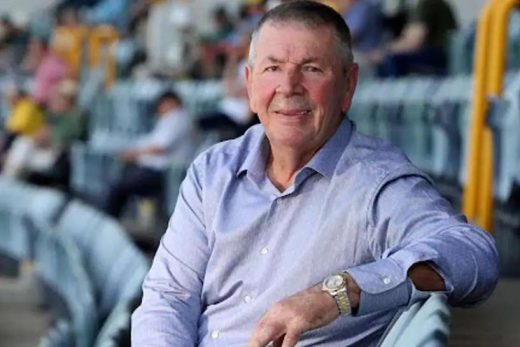